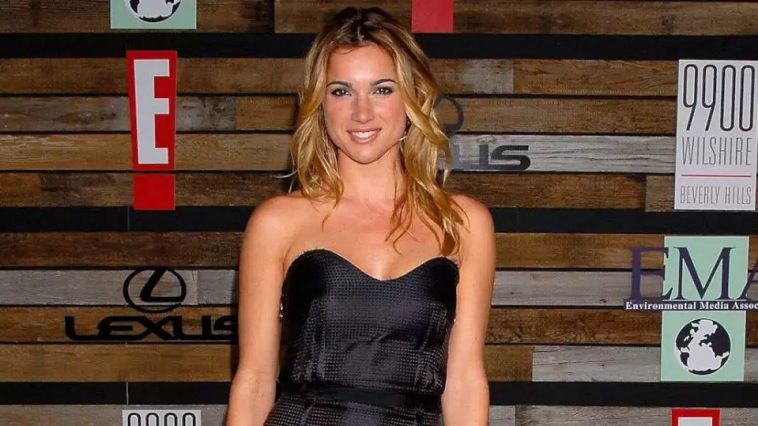 The world of Poker is such a giant empire today because it involves people from all across the globe belonging to diverse walks of life. Evidently, “The World Series of Poker” revealed that more than 100 million people play Poker online. Out of these, 60 million are residents of the USA, so now you know where the crowd comes from.

Such a massive fan following demands an army of people to host, represent and deliver the game to the public. Shana Hiatt is a part of this army but is different from the rest as she stands out for her excellent career choices and hype among her fans.

Shana Hiatt hosted the first three seasons of the World Poker Tour, The National Heads-Up Poker Championship, and also the first two seasons of Poker After Dark. Moreover, she was a famous model before her big break in the Poker community. You might have seen her on the big screen as she has acted in many movies and also been a part of TV shows. So, let’s throw a bright light on Shana Hiatt’s career.

Shana started her career in 1998 when she was eighteen. She represented New Jersey and won the pageant Miss Hawaiian Tropic USA in 1995. This opened doors to her bright future. Later, she got featured on the cover of Playboy in April 1995. Then, she became a sensation when she got featured on the cover of a Playboy DVD named “The Girls of Hawaiian Tropic: Naked in Paradise.” Later, she acted in several movies like The 4th Tenor, Bill the Intern, Grandma’s Boy, Must Love Dogs, and a few others.

Then Shana Hiatt took a break from there and landed in the world of Poker. She hosted the first three seasons of the World Poker Tour from 2003 to 2005. Later on, she also hosted The National Heads-Up Poker Championship in 2005 and Poker After Dark. Unfortunately, she got separated from WPT in 2005, and the procedure involved lawsuits and various legal orders.

Born and brought up in Tabernacle, New Jersey, Shan Hiatt spent her childhood and youth with her parents and younger brother like any normal childhood. She was born on 17 December 1975 and has traveled around the country being an “Army brat” as his father used to have multiple transfers during his job.

Since childhood, Shana has been very much fond of Television and movies. The idea of facing the camera and being on TV infatuated her to another extent; that’s why she spent hours sitting in front of the TV and watching news reporters.

Shana Hiatt was a popular girl in her school days as she was a lacrosse champion and a good field hockey player. In addition, her looks made her acknowledged as the prettiest cheerleader, nominated by her classmates during graduation.

Afterward, Shana Hiatt enrolled herself in Burlington County College in New Jersey to study broadcast and journalism. She chose this field because of her dream of being a broadcaster on TV someday.

Shana Hiatt’s beauty’s magic made everyone compliment her, which persuaded her to start modeling. So, she tried her luck in the modeling industry. Shana Hiatt was eighteen when she started modeling, with part-time indulgence in her early days, and then grew rapidly.

Ray Manzella, a well-established agent, and producer, acted as a God figure in her professional life. Ray saw a huge potential in Shana Hiatt and started giving her projects. Do you know that Ray Mazella has helped many highly popular celebrities in their early days, including Jenny McCarthy, Vanna White, and Pamela Anderson?

There was no holdback in Shana Hiatt’s career after this. Upon signing with Ray, Shana made modeling her profession and participated in a serene modeling event in Milan. Her struggle helped her acquire several other modeling projects in Paris and Spain.

In only a year, Shana Hiatt became an established international runway model. She then returned to her native place and represented New Jersey in 1995 in the Miss Hawaiian Tropic USA pageant. Again, fortune was on her side, and she won the crown.

This opened many doors to her career, and her life was changed in a way. She made public appearances at social charity events as a part of the responsibilities of being Miss Hawaiian Tropic. While attending one such fundraiser event in Hawaii, she coincidentally met James Van Patten, a successful writer, producer, actor, and also her future spouse.

Her title gained her attention from Playboy magazine and Hugh Hefner. First, Shana Hiatt’s charm helped her get featured on the Playboy magazine’s cover in April 1995. Then she became a star overnight when her Playboy DVD was released, where she was featured on its cover. Then she got featured on the covers of some other magazines, including Muscle Media Magazine and Stuff Magazine. Later in 2002, she became a Keystone Light girl when she was photographed inside the private jet of Stuff magazine.

Shana Hiatt was well-established as a model and actor, but her unfulfilled dream of becoming a TV broadcaster was what made her sad despite all her success.

Then she married the love of her life, Van Patten, in 1999, who somehow has good relations with the big names of the Television and Broadcasting community. Then she became a Television host and was admired by the public a lot.

Also, Shana Hiatt continued with small acting jobs to be a big name there also. The same year in 199, she played a character in “The Flunky” movie, an off-beat comedy with a rock & roll theme. Then in the early ’20s, she acted in films like Must Love Dogs, Grandma’s Boy, Bill The Intern, The 4th Tenor, and others prior to hosting a very popular TV show, Wild On. The show set her in South Africa and gave her lifetime experiences of flying in an English jet, swimming inches away from white sharks, and similar others.

Shana Hiatt’s life’s biggest turn came with the World Poker Tour, which she hosted in 2002 after over ten years of struggle and a long wait in the modeling and film industries. Shana hosted the first three seasons of the show that aired in the evening every Wednesday on the Travel channel. Her co-host was none other than her brother-in-law, Vince Van Patten.

Her fans loved her funny and insightful interviews, shows on big Poker personalities, and news commentary. Alongside Shana Hiatt was the official spokesperson of PartyPoker.com. But after just two years of working with them, she announced not returning back with WPT again for the upcoming fourth season. So, she parted ways with it, but the procedure was a little controversial.

She sued WPT’s CEO, Steve Lipscomb, along with ten other anonymous workers in 2005 for ‘international interference with economic advantage.’ She did this to get the restraining order that could help from not get forced to work with WPT against her will.

She also testified against the CEO that he called high-profile people and other executives at NBC in an attempt to destroy her career. She further revealed that he told everyone that she signed an incomplete clause with WPT; thus, hiring her anywhere could violate the contract. Shana Hiatt disagreed with the accusations made against her and stood up to work with other TV programs.

She also blamed the WPT organization for a ‘hostile work environment’ and stated taht her present husband, Todd Garner, was treated badly by their employees on set. Do you know that WPT was sued by seven other Poker players before Shana Hiatt? All the players accused the organization of making contracts that hamper the players’ intellectual property rights.

Shana Hiatt separated from her husband, Van Patten, who was also the brother of her co-host from WPT, and married Todd Garner, a movie producer, the same year.

In 2005, she announced to be hosting “Poker After Dark,” which turned out to be a massive hit. The show cast many famous Poker players, playing for a winner-takes-all for a $120,000 prize. However, it was rare that it showed Poker games from very close in 2005 when it wasn’t that usual.

Then Shana Hiatt hosted the National Heads-Up Poker Championship, which is an invite-only Poker gig that occurs once a year. It includes many celebrities and popular Poker players.

Shana Hiatt got pregnant in 2008 and had to leave both the shows. She was replaced by Leeann Tweeden. She herself became a poker player in her last days of hosting and used to play online and in casinos also. She was never a regular Poker player but is often seen in the Poker world and casinos now and then.

From hitting the modeling industry at the age of eighteen in 1993 and then entering the acting industry playing certain roles in various movies and TV shows, she earned herself both fame and money. Her income rose after she became a Poker host. But then she said goodbye to that also after the birth of her child in 2008. Her hard work of 15 years must have paid her really well. Shana Hiatt must have some earning sources now that are obviously far from the public’s eyes.

Her struggles and expertise in different fields have taught her a lot in her professional and personal life. She still plays Poker, but the winnings aren’t that great to be counted in her net worth. Referring to her old projects in the late 19’s and early 20’s, her annual income must have been between $1,000,000 to $2,000,000.

She used to be active on social media but stopped posting anything online after her last Twitter post in 2014. She was very active in posting about ongoing issues and trends on Twitter between 2010 and 2014. She used to post her pictures of playing Poker. Her account also had some behind-the-scenes photos of her Poker hosting shoot days. Her nostalgia showed how much she loved her job and the relations built there. She herself tweeted online in 2012 regarding never returning back to the spotlight.

Her ex-husband, Van Patten, was well-connected with the big names of the Tv industry, which helped Shana Hiatt grow interest in Poker and start hosting on TV. However, her divorce wasn’t that easy because it started from professional conflicts when she parted ways with WPT, where his brother-in-law was her co-host.

Then she married Todd Garner, who’s her present husband. Garner is a film producer who has made many family films, like Here Comes the Boom, Zookeeper, Mall Cop, etc. He was also the co-president of Disney Production, but now he is the owner of Broken Road Productions. Shana Hiatt used to promote her husband’s work online. Recently, in 2021 Todd produced the Mortal Combat reboot, which earned #1 place at the box office.

She saw many ups and downs in both her personal and professional life. She fell in love and got divorced. She got married again, gave birth to her child, and left the spotlight forever, as she stated. She also had controversies involving lawsuits and legal procedures against her ex-organization and the staff.

No matter what problems occurred, she continued her journey ahead. Shana Hiatt’s struggle of 15 years was none less than a roller coaster ride. She made her name in diverse fields and won a special place in her fans’ hearts.

Shana Hiatt was loved majorly for her looks and fun personality. She was very candid with her interviews or broadcasts, which attracted humongous people towards her. All her fans still wait to see the bubbly and mesmerizing beauty make a comeback under the spotlight and host TV shows again.