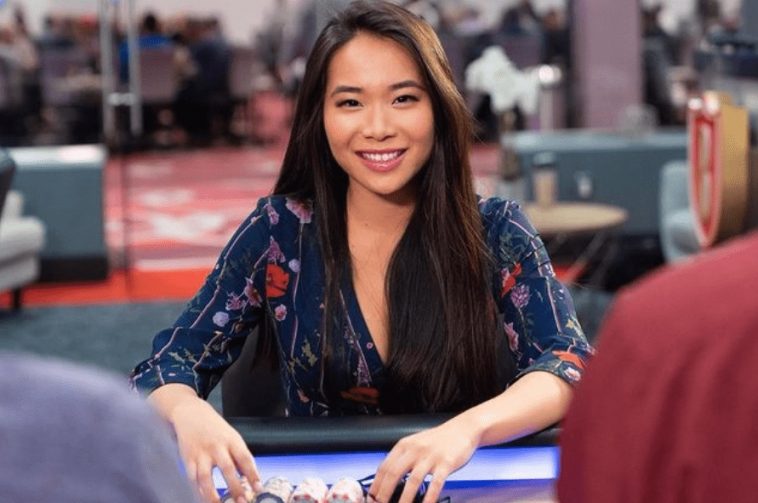 There are many big and mysterious figures in the world of casinos, especially poker. Most of them try to hide their faces and real identities. However, their deeds and actions don’t fail to get under the spotlight. Lynne Ji is one such personality, but she was different from the rest as she never tried to hide her face. On the contrary, she revealed her face to the poker community and the world. In fact, her unapologetic and controversial social media presence built her stardom.

Lynne Ji is one of the most fascinating female poker players of the last few years. She got popular, but some of the main things of personal life and gaming life, like bankroll and poker accomplishments, remained mysterious. Multiple things about her never came out. But many things are what the world is well-acquainted with. One is her beautiful personality, and the other is her immense love for gambling.

So. Why not remove the curtains from the remaining aspects of Lynne Ji’s life, like who she is, her past life, how she entered the high-stakes poker world, and many more relevant and interesting facts.

Along with many other famous poker players with a mysterious life and backdrop, Lynne Ji’s personal life isn’t that known to her fans. The main reason includes that they choose to keep their real identities unrevealed. Lynne Ji tried to do the same since she got under the spotlight, and she succeeded to some extent.

Lynne Ji has been popular in the world of poker for a very short time interval, so she didn’t get to face that many media interactions or public queries to clarify herself.

Lynne Ji is an Americal poker player who belongs to a mixed descent as one of her guardians hails from Asian culture. As she never talked about her family openly, that’s why not much is known. Her age is another secret that she kept nicely. Many guess her to be in her thirties, admiring her looks. However, this is merely a guess people made.

Lynne Ji is residing in Los Angeles these days and travels to Las Vegas very often. But her birthplace and the city she was schooled or grew up in are other secrets.

You must be wondering to check her social media, but we’ve done that too. Unfortunately, her account dates back to 2017, so the rest is history, hard to talk about.

Lynne Ji’s Entrance Into The World Of Poker

In fact, it is even unknown how exactly Lynne Ji started her poker career. The main thing is that her passion and affection for poker and gambling pulled her there. Lynne herself posted about her indulgence in high-stakes poker games on her social media accounts. In addition, she participated in certain high-stakes gambling games that were telecasted. As a result, she has both won and lost hundreds of thousands of dollars.

Though Lynne Ji never participated in any big poker tournament whereas, in WSOP, she made it to the second day of the Main Event. She posted a YouTube video that captured her playing against Daniel Negreanu, a well-known poker champion. Not only these, but Lynne JI has also participated in some high-stakes and high-profile telecasted games in the past few years.

Though everything else is fine, her journey is evidence that Lynne Ji has been fond of cash games, as she was often seen at cash tables. So, she is quite clear about her preferences. She never hesitated to express her affection, fondness for gambling, and quick-speed action skills through her videos and social media posts. Her style of playing speaks for herself.

Via her game, it can be said that Lynne Ji loves action, hates ‘fold’ technique, and is purely an action player. Her TV appearances revealed how she butted heads with some of the most famous poker players using her fearless gameplay and gorgeous looks, which immensely impressed the poker fanbase.

She has to get back to the race as people loved her style of playing, which, however, didn’t bring any sheer outcomes. So, she has to take a much longer journey to evolve as a winner in the eyes of the poker public.

Following her latest social media posts, Lynne Ji posts majorly regarding beneficial private cash games with wealthy entrepreneurs. This was only a talk yet as no videos surfaced from the same. And supposedly, if her posts are precise, then Lynne Ji must be doing profoundly well and floating between thousands of dollars with any two cards, and even bigger pots might reach her.

Lynne Ji is a peculiar poker player who revealed her face and identity but kept her private life super private. She has played many high-risk cash games, some of which were private, and some even got televised. Lynne gained immense popularity after becoming a part of Poker After Dark and High Stakes Poker.

She is quite regular with her social media posts, be it Instagram posts or YouTube videos. However, her best-kept secrets are her gambling life and the wealth she won or lost in poker.

Though Lynne Ji never shared her actual net worth or amount lost or won in gambling, there are many rumors regarding the money she invested in the games. Some believe that she was born with a silver spoon, but there’s no exact information obtained regarding her family. Such speculation is quite obvious as she has always been seen playing in casinos and never working.

There’s no hint of professional life present anywhere. Her social media is proof that Lynne Ji spends most of her time playing poker, gambling in big casinos of Las Vegas and Las Angeles, or chilling at the California beaches.

All poker fans have witnessed her playing cash games, and most games she indulges in have a minimum buy-in of $20,000. Lynne Ji has also been a part of games, including a buy-in of $100,000. So, no doubt, she has got money in the bank.

An estimate has been made regarding her net worth, which is around $2,000,000 to $10,000,000. However, this is not reliable as she might belong to a billionaire family or is just getting staked by a mysterious person for real cash games.

What makes Lynne Ji out of all other big poker players is her identity revelation on social media. Her Instagram account named @Helloitslynne is currently observing over 12,000 followers globally. It has a blend of photos and videos which show her fit body and gambling techniques.

Her TV appearances have contributed to the rapid growth of her social media handles over recent years. The males in the poker industry went gaga over this high-stakes action-loving player’s beauty and fitness. So, her beauty and unavoidable charm are other reasons people follow her.

After her Instagram success, Lynne Ji started her YouTube channel with the same name, ‘Helloitslynne,’ which has more than 13.5K subscribers. She has posted multiple videos of her battle against high-stakes poker legends like Doug Polk and Daniel Negreanu.

Lynne Ji’s reach is increasing among her followers and subscribers on YouTube, and she has to travel a long path to be entitled with the tag of a winner in the poker industry. So, there’s no suspicion that it will soon become a norm to follow her on social media, observing her recent followers’ list expansion.

Now, you must be thinking, “Where is Lynne Ji now?” Lynne Ji is residing in Los Angeles these days and often travels to Las Vegas. So, she’s still trying her hands in the gambling community and is willing to expand her reach in both poker industry and on social media. She is utilizing every opportunity to turn her strong and pleasing personality and mindful gameplay into a brand.

She is advertising and promoting herself in every optimistic way to be a profound media personality. Her efforts show that she has just begun and has a long way to go. But she is getting success in everything she is doing.

Lynne Ji keeps posting on her account regularly and never misses a chance to be on TV wherever possible. It landed her in every poker player’s dream, private cash games that made her social media star overnight. She definitely has a very sparkling future in the poker industry. There’s no harm in saying that Lynne Ji is a beautiful lady with mean game skills that have made her a sensation in the poker world.